In October 2015, I had the pleasure of releasing the Danish author Maren Uthaug’s graphic novel “The Bright Side” as Denmark’s first fully animated e-book – a book where every page is an animated gif. Here is what I learned from the process of creating a gif e-book.

The Concept was Already There

So how did I come up with the idea? As Lindhardt og Ringhof Publishers’ e-book production manager, I was looking at the printed book back in 2014, trying to figure out, how it could be adapted into an e-book. The quick answer was a standard fixed layout EPUB, but I felt there was something more to be gained from the excellent material.

I flipped through the book a couple of times, and I realized that many of the pages created a flipbook effect. A few months before I had seen Nathan W. Pyle’s “NYC Basic Tips and Etiquette” which was made with animated gifs, and I thought that technique was ideal for the illustrations in “The Bright Side”. The drawings in the book were furthermore ideal for the format since they have a clean and simple look, which makes it easier to animate. In a close collaboration with the author and the book’s editor a concept started to take form – a concept I felt had been in the material all along.

The flipbook pages of a series from The Bright Side:

And here is how the gif turned out:

Finding the Right Level of Animation

The cheapest and easiest version would be a very simple form, where only the flipbook parts were animated, and each animation was made with only a few frames.

But we quickly realized that this form was not optimal. We had to animate the whole book to create a truly animated gif universe. And the animations had to be more complex than a few frames to capture the life that was within the characters.

What to do with the financial side?

Next up we contacted a graphic artist to get a price for the animation job. And that was when the project was almost canceled. Enhanced e-books are not (yet) a lucrative format and the production cost would be astronomical compared to the estimated income.

But I was too hooked on the project to just see it disappear. So I offered to make the animated gifs myself. And thus it became a real passion project where I animated like a madman in the evenings. It was an exciting and challenging work and seeing Uthaug’s characters come to life was payment enough.

When I look back at the process, I also realize that the estimated cost would have been exceeded many times over due to the challenge of getting the new concept to work. The gifs were in no way done in the first attempt due to two significant challenges, as you will read below.

One Time, Three Times or Forever

We tried many variations with the gifs behavior to find the correct fit for the book. Some of the gifs had a circular plot, like the one above, and it felt optimal to let such gifs repeat forever. But other had limitations. For example in one, a fish dies in the last few frames, and if it repeated without any hint to the repeat, it would suddenly be alive again. And furthermore, when would the viewer know it was time to turn the page?

The idea of no repeat was quickly discarded since the reader would have to flip back and forth to restart the gif if they did not catch the gif in the first run. We then tried with a three times loop, to give the gifs a clear ending. But some gifs were too long for this approach. We tried to apply the timing, which fitted each gif the best, but this made it impossible for the reader to figure out the book’s “system.”

In the end, we realized that they all had to repeat forever. To ensure that the reader knew where the ending was, we added a “the-gif-is-about-to-loop” icon. Finding the right icon was another hard process, but in the end we found a simple arrow animation to be the best solution. The arrow gives a clear message and at the same time it is not too distracting from the gifs themselves. For the smallest gifs, like the one below we had to let the gifs repeat multiple times before the arrow appears, based on the approximate time it takes a reader to get a full understanding of the animation.

Finding the Field between Book and Movie

The biggest challenge with the project was to find the right balance to ensure that the e-book still felt as literature. In our first version, the book had a fragmented feel to it, because we had only combined a few pages into gifs. We, therefore, decided to merge multiple gifs into longer gifs so an entire “story” could be told in a single gif. This, however, made it feel more like an animated movie than a book. So we realized that the right way would have to be somewhere in between.

Thereupon followed a long process of splitting gifs, merging them again and splitting them at a different point. Finding the correct balance was hard, and it still feels impossible to give a description of the exact thing that makes it right – it is more about getting the right “feeling.”

What a Gif e-Book Gives

After a year and about 50 hours of animation work, the book is finally out. And I honestly think it is a brilliant product. It is an enhanced e-book based on great content. The gifs have given life to the characters in a way that supports the content without distorting it. And personally I think that the format has given the stories extra dimensions, and I hope others will think so as well. 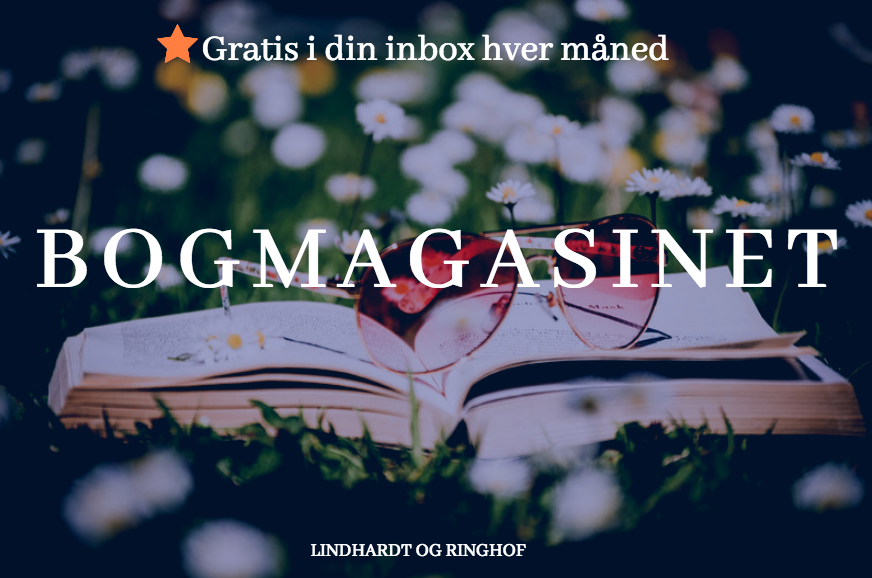